Thank you to Alex Roy, Greg Ledet, Dave Maher and their team for the greatest April Fools Joke I have ever seen. 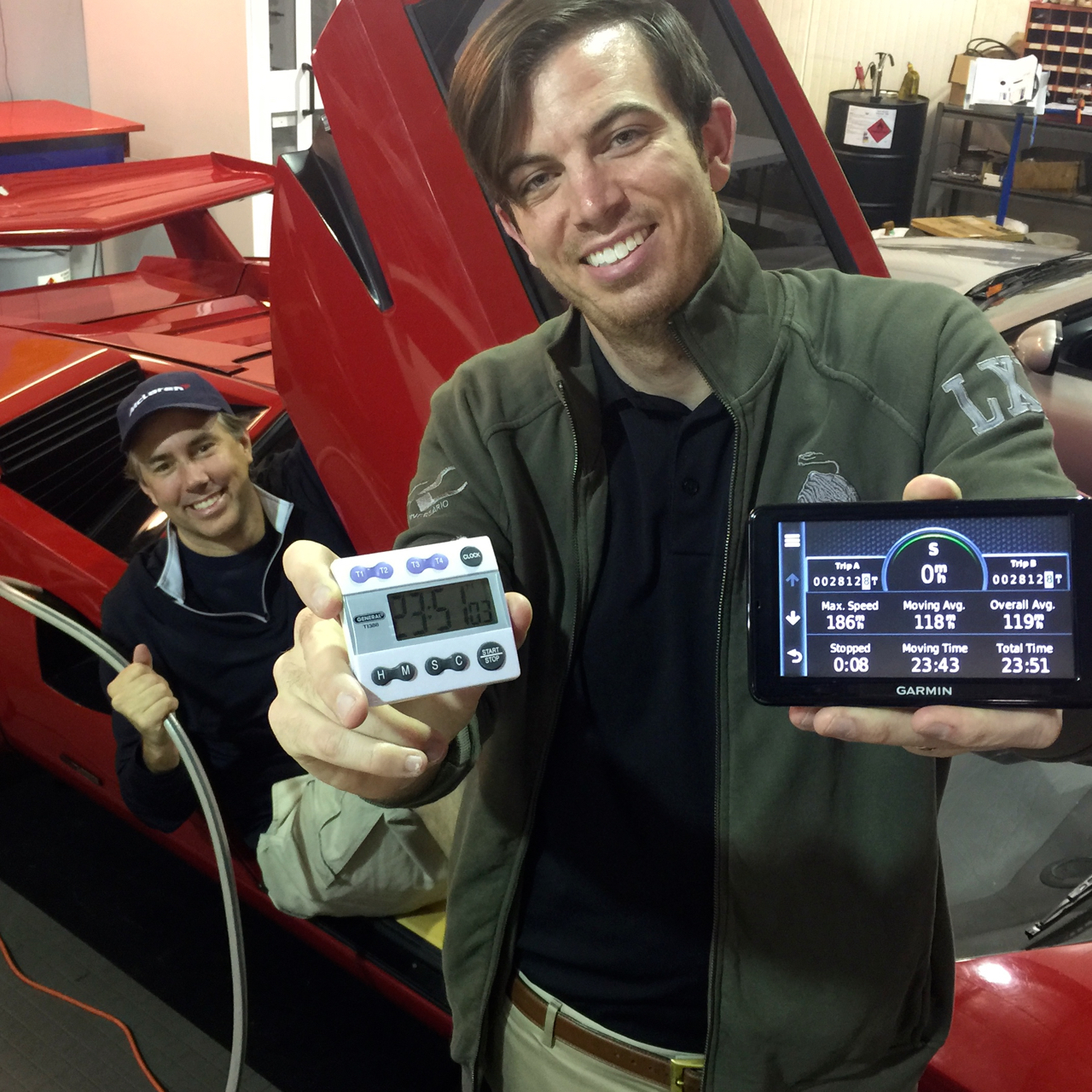 Great April Fools joke Alex but you forgot rolling refueling and if you really want an impressive New York to Los Angeles time you brought the wrong car. Two can play at this game.

Beginning last Thursday night Greg Ledet and Alex Roy started planting seeds of an ambitious attempt to break our NY to LA record. They called me, used text messages, wrongly geotagged Facebook posts, and forged mileage logs. Then they teamed with JF Musial, Jack Baruth, and Freddy Hernandez to extend this April Fools joke about me to the rest of the world. They published this story on The Truth About Cars with a crazy $1.5 million attempt to best our time. It was a great read.

Today the 8 days of psychological warfare and fantasy came to an end with this retraction.

My hat goes off to the whole team for maintaining such an amazing ruse. It is certainly the most extravagant April Fools joke that I have ever had played on me. Thank you guys for a very entertaining emotional roller coaster of a week.  Thanks for the ride guys! Beautifully done.

Meetings 1 & 2 of the Fraternity of Lunatics