About 10 years ago I interviewed Brock Yates for a project on Automotive Journalism as a senior in high school. We talked about the business of writing about cars and his Cannonball Project. I told him that one day I would break the record and we talked about whether or not that was possible. About 18 months ago I began preparing to break the record in earnest.

On Saturday, October 19th, 2013 at 9:55 PM EDT I left from the Red Ball Parking Garage at 142 E 31st Street, New York, NY 10016 with my co-driver Dave Black and support passenger Dan Huang. We arrived at the Portofino Hotel and Marina (previously called the Portofino Inn) at 260 Portofino Way, Redondo Beach, CA 90277 at 11:46 PDT on Sunday, October 20th, 2013 mirroring the start and ending points of Yates’ infamous Cannonball. The elapsed time was 28 hours 50 minutes. We were stopped for 46 minutes along the way with a moving average of 100 mph and an overall average of 98 mph. We drove a Mercedes-Benz CL55 AMG.

That time beat the previous records of Alex Roy and Dave Maher of 31:04 in a BMW M5 and Richard Rawlings and Dennis Collins of 31:59 in a Ferrari 550 Maranello.

It was an amazing and crazy trip where everything truly went more perfectly than we ever could have imagined or predicted. To beat such respectable competitors by such a sizable margin was made possible by such an amazing team and not running into any issues with traffic, construction, cops, or mechanical issues. Building on the successes of the previous teams was also huge. The benefit of having two successful record improvements in the past decade made a tremendous difference in our ability to plan and predict what would happen on the trip.

Thank you to everyone who helped us with the planning and execution of such a ridiculous endeavor. There will be plenty of stories to come out over the next few months but we are pleased to be home and safe.

Our goal with this project was to pay tribute to what we consider to be one of the coolest and most interesting chapters of American automotive history. I do not advise that anyone attempt this or break the law in any way. This type of activity could easily have resulted in our death, imprisonment, or led to a litany of other consequences. 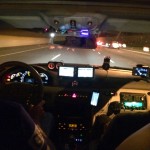 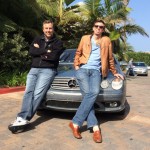 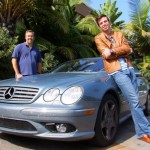 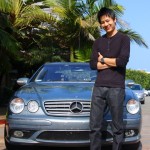 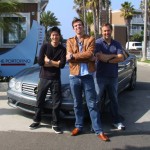 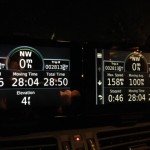 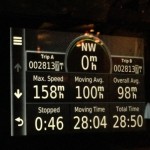 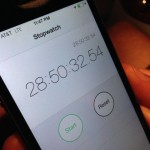 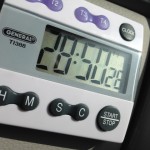 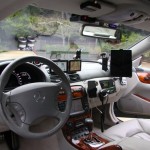