1994 was the first year that Land Rover imported the Discovery to the US. My father ordered one in 1994 that was delivered as a 1995 model. About 100,000 miles later this became my first car. It was fantastic. It was great off road, carried anything you could want, had waterproof seat covers, and was an absolutely perfect first car. It developed a pretty rough engine knock around 170k miles and gave up the ghost around 185k. Great memories in this one. 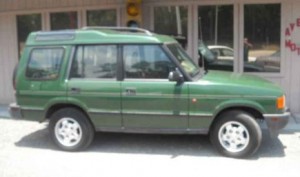 This is not the actual car but it is the right year and the right color. Mine had a brush guard, light covers, and usually a considerable amount of mud on it.

Newsletter Signup
In this article:Discovery, First Car, Land Rover
Up Next: