In 2004 I was graduating from High School. As a sort of senior trip I entered in the AKA Rally. It was a cross country road rally from New York to Los Angeles. My interest in participating in the event was partially what drew me to the S4. It was the perfect car to load up the right amount of stuff and scream across the country.

After I had registered for the event I found out that MTV was going to be filming the event for a True Life special. They chose me and my co-driver as one of the three teams to follow through the event. They filmed us walk at graduation and got some awesome footage as we drove from sea to shining sea!

The show aired for the first time in October of 2004. It was called True Life: I’m Rallying to LA. It attracted the most viewers of any episode that season and has been shown 50 or so times over the years since then. As with any reality television, it differs significantly from exactly what happened but it was definitely a great time and an awesome experience.

Here are some pictures of the car fully outfitted for the trip with all of the event stickers on it: 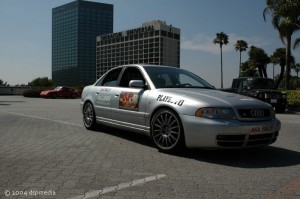 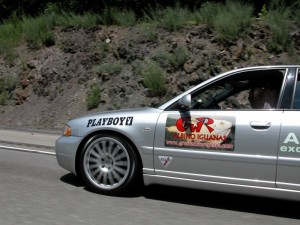 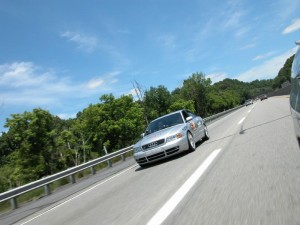 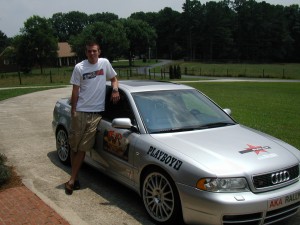 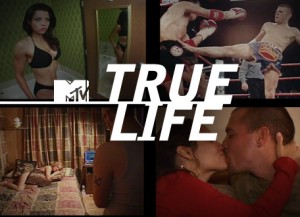 Newsletter Signup
In this article:AKA Rally, Audi
Up Next:

Gumball Coming Back to the US