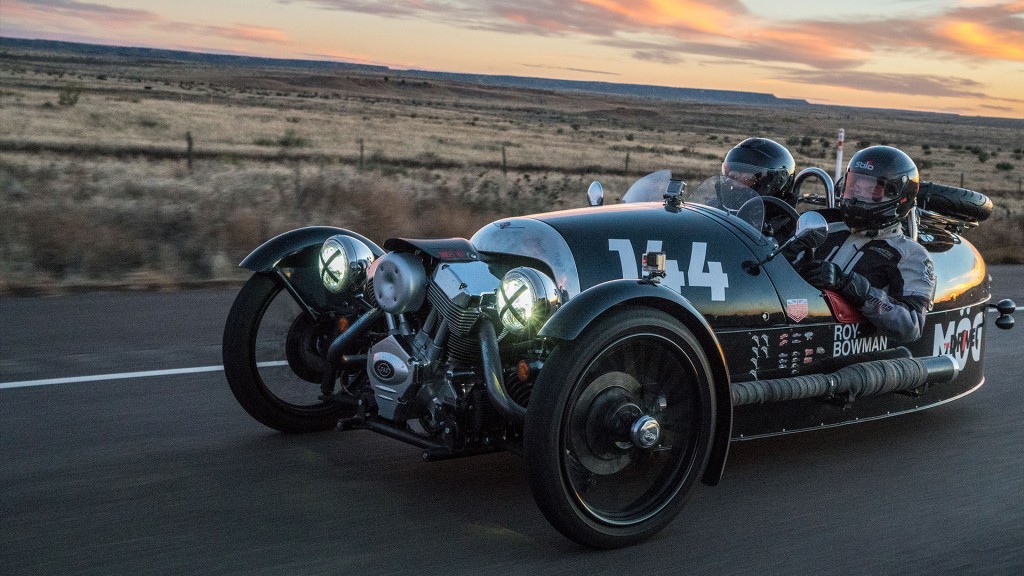 Just on the tail of our participation in The 2904, Alex Roy and Zach Bowman have announced a new cross country record – NY to LA in a 3 Wheeled Vehicle. Their time was 41 hours 49 minutes. Alex called me several months ago and asked me if I was game to join him. I told him, “That sounds like the most miserable idea ever, of course I will do it.” Further research into fitting a six and a half foot tall person into a Morgan and scheduling proved I was not the right fit but I am massively impressed by the drive. I am also very pleased to have watched from the sidelines rather than been in the car for the terrible experience Bowman describes it to be here in his article to The Drive.