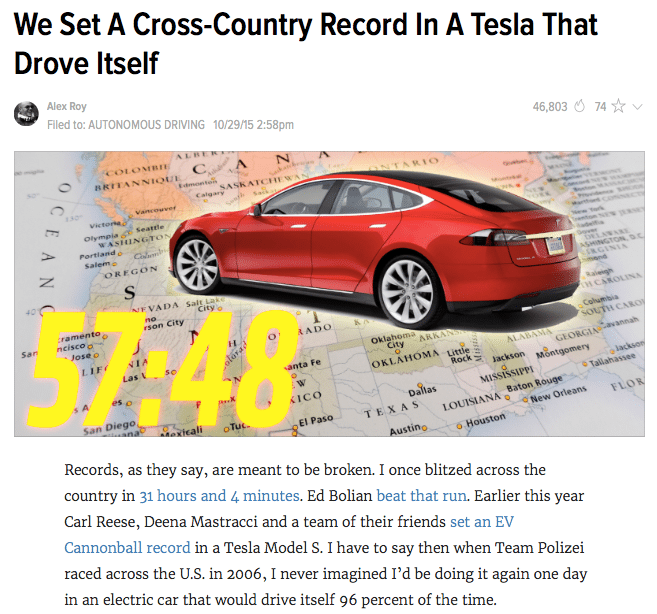 Ever since our 2013 record setting cross country drive, there has been an explosion of other types of transcontinental driving pursuits. We have seen runs along the southern route (Generally I-10) from Jacksonville to San Diego, cheap car rallies coast to coast, Electric Vehicle records, and no even autonomous driving records. The trio used the newly released autopilot feature on Reese’s P85D to let the car drive itself over 96% of the time. Check out the linked article on Jalopnik. They set a new EV record, an Autonomous Record, and Carl & Deena even set the coast to coast to coast record with their return trip home. Carl & Deena retained the Guinness World Record for least time spent recharging on a cross country drive due to the difference in driving strategy for this attempt. Congratulations to all.