Yesterday some pictures surfaced of what is believed to be the 2013 Lamborghini Aventador Roadster. It could also be the 2014 Lamborghini Aventador Roadster since the current thinking is that the car being released soon at the Geneva Motor Show will be a 4 door vehicle – either the Crossover SUV that we have seen some drawings of or a version of the Estoque concept from 2008. The pictures have been all over the internet so I am not really sure who the original source was.

We have seen some renderings and speculation about what the Aventador Roadster might end up looking like but until now, there was no evidence of what the top might be. These pictures imply a multi-piece removable hard top, likely in 2-3 pieces like the Porsche Carrera GT. It should make the car much more usable than the Murcielago Roadster that it replaces. 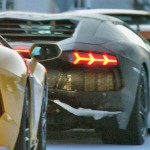 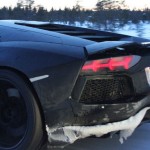 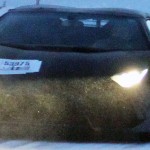 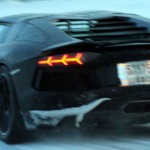 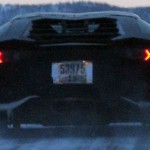 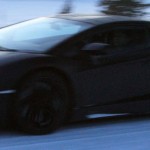 The other Verde Ithaca Aventador in the US right now…