All of the Lamborghini Gallardo Factory Wheel Options

The Lamborghini Gallardo is one of the coolest cars in the marketplace and it has worn some of the most iconic wheel designs of any car, ever. Here are examples of the different wheels that have been available on the car throughout the years. 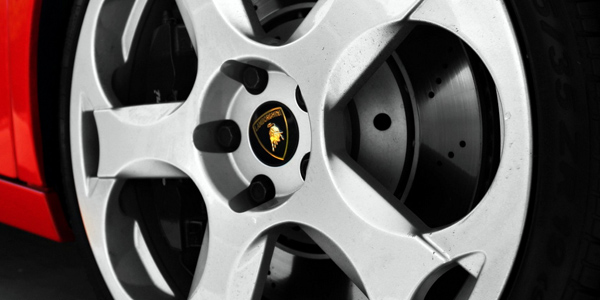 Since 2003 the Gallardo has been produced in many forms and with many different wheel design options. The original wheel design was called the Cassiopeia design. It was available in a Satin Silver finish only when the car was launched. This was the standard wheel for the Gallardo from MY 2004-2008. 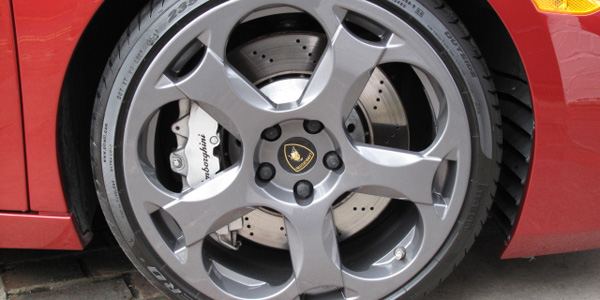 In 2005, Lamborghini introduced an accessory package that included an additional set of wheels, which were Cassiopeia wheels in a titanium color. Throughout the years, the titanium finish has been reserved for the more sporting variations of the Gallardo. Eventually the titanium color became a factory option. 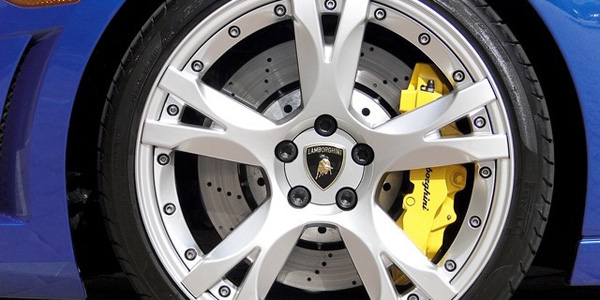 In 2006 there were a lot of changes to the Gallardo. One was a wheel option called the Callisto Wheel. It is a 2 piece design that is still available on the LP550 and LP560 today. 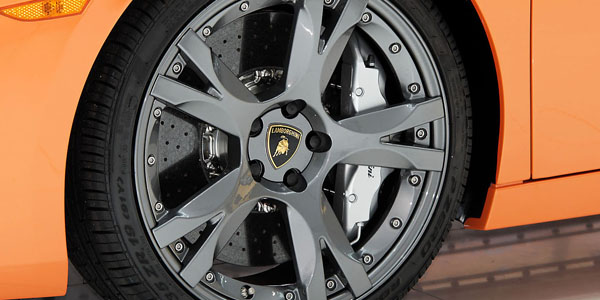 On the 2006 Gallardo SE, the Callisto wheels were standard in a titanium color. That color remained available as an option for Gallardos. 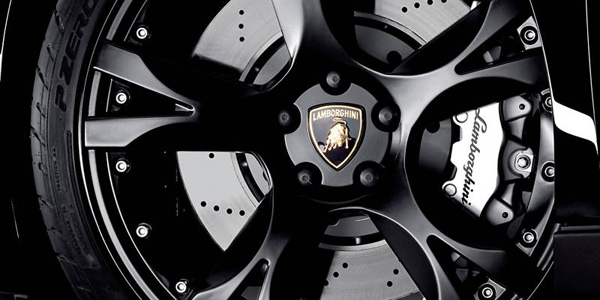 In 2007 when Lamborghini released the Nera Edition Gallardo, they came standard with black Callisto Wheels. Those remain an option today as well. Many Callisto wheels have been painted black from the factory but if they are originally black, the bolts around the face of the wheel will be unpainted. 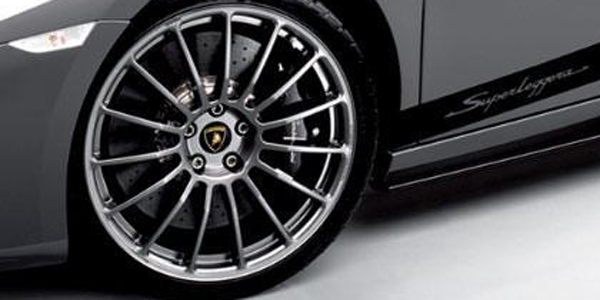 In 2008 when Lamborghini introduced the Superleggera, the only available wheel for the car was the Scorpius wheel. It was manufactured by OZ and painted titanium. This was also the standard wheel on the 2010 Valentino Balboni Gallardo, the 2011 LP550-2 Bicolore, the 2011 LP570-4 Blancpain, and is now available on the LP550-2. 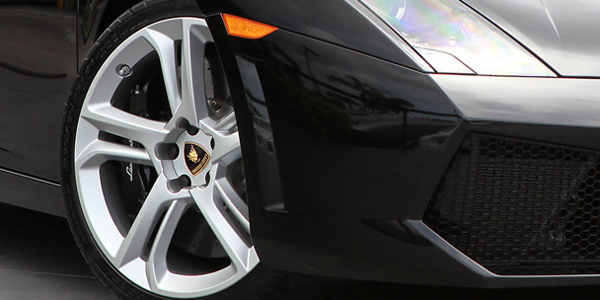 In 2009 Lamborghini added 2 wheel options with the launch of the LP560. The first, which replaced the Cassiopeia wheel as standard, is the Apollo wheel. It is only available in a satin silver finish. 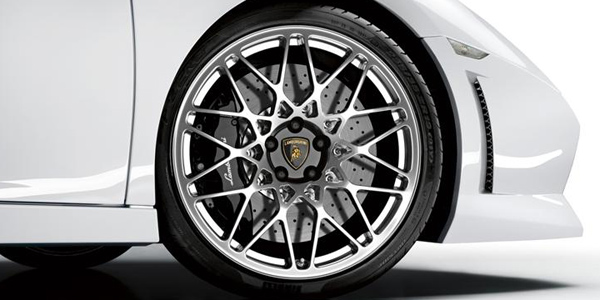 The second wheel design that was introduced in 2009 is called the Cordelia wheel. It was originally offered in a polished finish. 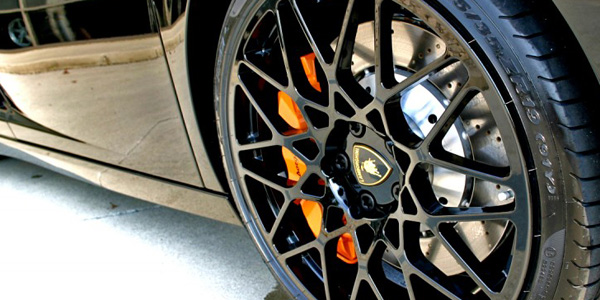 It was also offered in black. 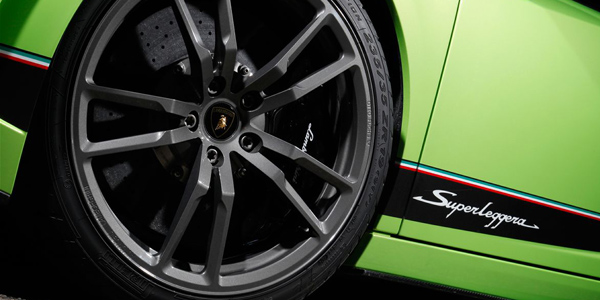 In 2011, when Lamborghini released the second iteration of the Superleggera, they brought out a second version of the Scorpius Wheel. This wheel was painted in the traditional titanium color and was also on the LP570-4 Performante. 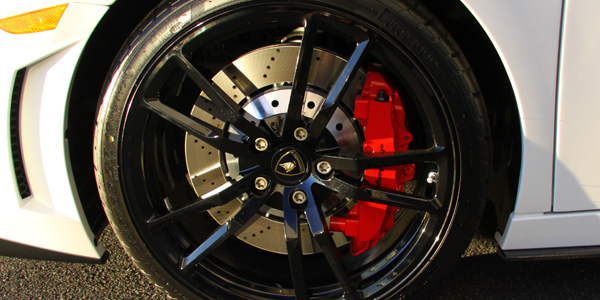 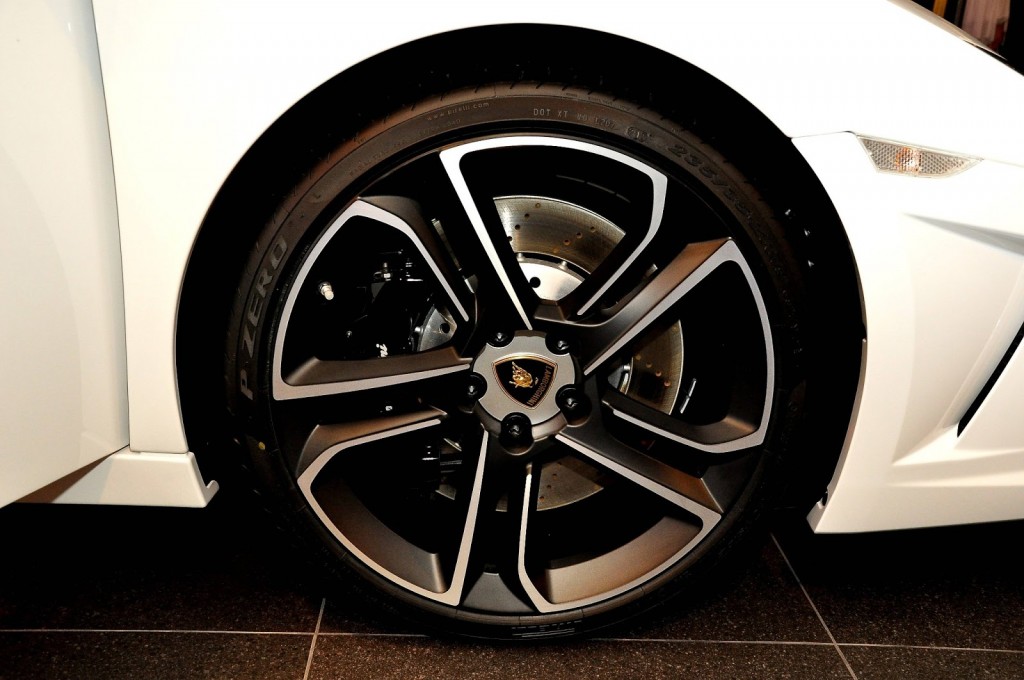 In 2013 and 2014, Lamborghini released a facelifted Gallardo called the Final Edition LP560-4. They wore a special diamond turned version of the Apollo wheel that is spectacular. Great look on the car.

Newsletter Signup
In this article:Design, Final Edition, Gallardo, Superleggera, Wheels
Up Next: