Speculation about the 2013 Lamborghini Aventador Roadster

The internet has run wild with speculation about the next iteration of the Lamborghini LP700-4 Aventador. As with the Diablo in 1996 and the Murcielago in 2005, we will eventually see a topless/convertible version of the Aventador. No one knows for sure when the car will be released but here is what we do know.

The US EPA web site does list an Aventador Roadster as an upcoming vehicle. This does not specify when the car would be released.

Lamborghini tends to release cars at the Geneva Motor Show each Spring. President Winkelmann has made it his goal to release one new car each year and has done that with different iterations of the Gallardo over the past few years. There are 3 cars that Lamborghini currently has under development for release soon – the Aventador Roadster, the Gallardo replacement, and a third model. They will be released one at a time over the next three years. The only one that we know will not come first is the Gallardo replacement.

Lamborghini has learned from the uselessness of the top of the Murcielago and LP640 Roadster. The top on the Aventador will be useful, will be stowable on board, and may actually be so effective and easy to operate that the car is called an Aventador Spyder rather than a Roadster.

My guess at this point is that at Geneva in 2012 we do see the Aventador Roadster. I expect that it will have a retractable 2 piece hard top that is power operated similar to the 458 Spyder which may eliminate the transparent engine bonnet option. I believe that the Gallardo replacement will follow in 2013 for release as a 2014 model. At Geneva in 2014 I imagine that we will see a third model which could be either a 4 door coupe/sedan or an SUV. Smart money is on the sedan because the price elasticity in that market is more favorable.

Here are some sketches and renderings that various artists from around the internet have created. Please note that I did not make any of these are they are the property of their respective owners/creators. 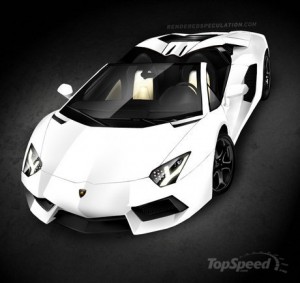 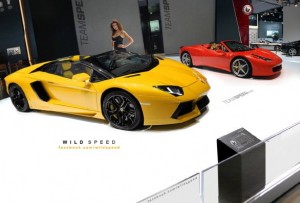 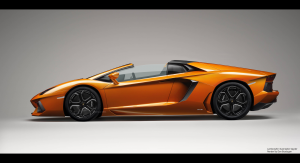 We already have a few deposits on the Aventador Roadster. If you are interested in ordering one and getting an early car. Contact me as soon as possible and we can discuss the process.

Newsletter Signup
In this article:Aventador, Lamborghini, Roadster
Up Next: