A look at the Sesto Elemento

Last year at the 2010 Paris Motor Show Lamborghini unveiled a car that was designed to showcase their mastery of the production of Super Sports Cars. The car was called the Sesto Elemento. It was fairly loosely based on the 2011 Lamborghini Gallardo LP570-4 Superleggera and used the same V10 engine, gearbox, and drivetrain. Beyond that and the logos, there is not much shared between this car and its production level cousin.

Sesto Elemento translates into the “Sixth Element” in Italian which, to no surprise is Carbon. Lamborghini had just announced the opening of their new Carbon Fiber Research Facility next to the factory in Italy. The car’s chassis, body, drive shafts, and suspension components were all made of carbon fiber. The use of carbon reduced the weight of the car to just 999 kg. Using the 570 hp engine, this gave a power to weight ratio of .57 hp/kg or .26 hp/lb. They calculated that the 0-100 kph/0-62 acceleration time would be 2.5 seconds.

Lamborghini released a series of teaser images in the weeks leading up to the launch of the car. It was clear that something unique was coming. Although it felt premature at the time, since the design was such a departure from what we had seen, our first guess was that this was the Murcielago Replacement. Once the shot of the decklid came out with 10 holes it became anyone’s guess. The finished product was truly stunning.

Since then Lamborghini has announced that they will produce a limited run of 10-20 of these cars for customers to purchase. If you are interested in owning one of these cars, feel free to contact me and we can discuss it. 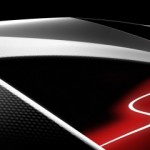 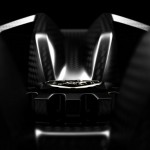 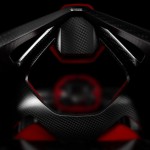 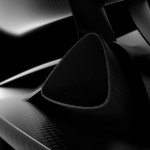 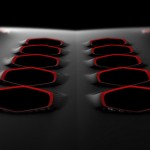 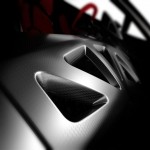 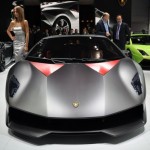 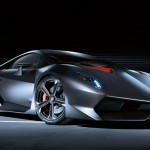 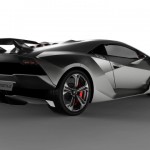 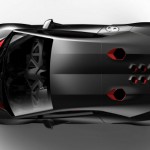 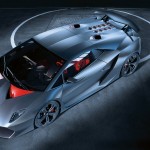 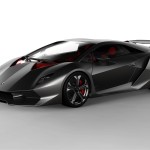 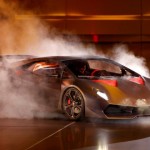 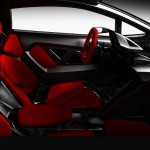 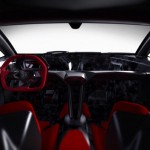 Newsletter Signup
In this article:Lamborghini, Paris Motor Show, Sesto Elemento
Up Next:

The Best Automotive Photographers That I Have Seen