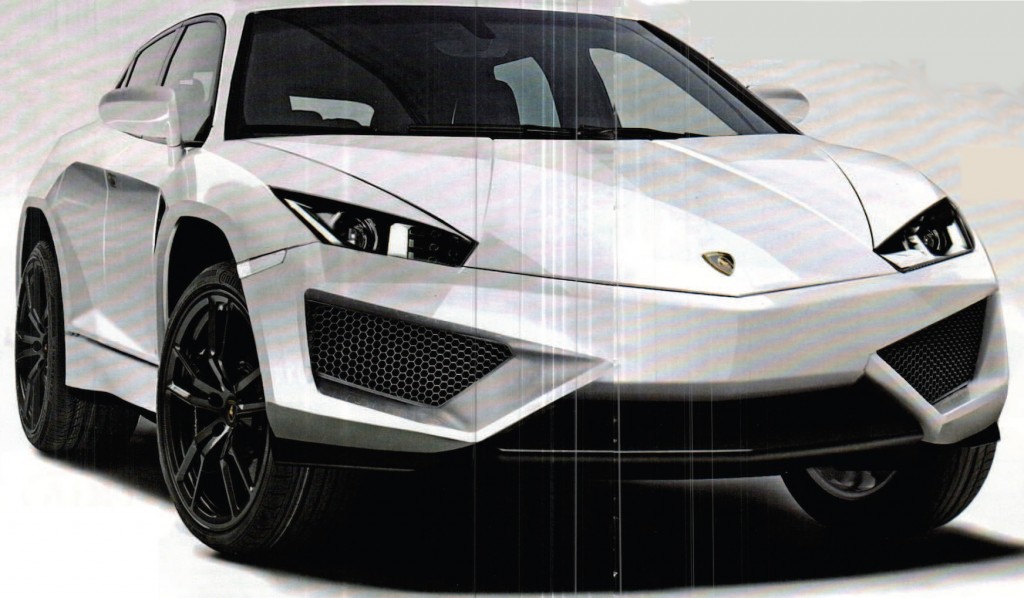 There has been a lot of talk throughout the internet about the third model to come from Lamborghini. As I had said previously, over the next three years there will be three significant unveilings from Lamborghini – a roadster version of the LP700-4 Aventador, a replacement for the Gallardo, and a third model. That third model could have been either a 4 door coupe/sedan similar to the 2008 Estoque Concept or an SUV in the vein of the LM002. This week, Italian Magazine – Quattroruote has released a story claiming that Lamborghini will unveil their SUV concept with a 700 hp version of the 5.2 liter Gallardo V10, an aluminum space frame, carbon fiber body panels, and weighing in at less than 4,400 pounds at the Geneva Motor Show in March of this year. These pictures are from that article.

Tough to say how true it might be, but that is the rumor!

Newsletter Signup
In this article:Concept, Geneva, Lamborghini, SUV
Up Next: