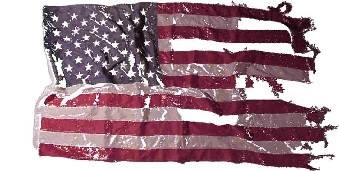 I woke up today proud to be an American. Not because Trump will be president but because change is possible. We have been given a government where socialism is masqueraded as democratic compassion, where spending involves numbers of zeroes designed to be nonsensical, and where ideas called “Religious Liberty” can be voted down. America has become a place where your right to life depends on your race, net worth, and whether you have been born yet. It is a place where young people have been taught that the world exists to serve their selfish interests and that we are free to do whatever we wish as long as no one finds it offensive.

We are seeing examples where behavior according to evangelical Christian faith is illegal. Information is consumed not from qualified sources, but from our peers first. With salacious headlines and biased faux-journalism we have forsaken skepticism. What we need is absolute truth in a world where we are constantly told it does not exist.

Corruption in politics, like sin in humanity, should come as no surprise. Among those who make a career of it, it is inevitable. I feign no belief that we have somehow avoided it now but this is a victory in that regard. I am glad to live in a country where ridiculous ideas are quickly quelled by a strong balance of power. It is not unsafe to live in an America led by Trump. Instead, the collective political intelligence of our nation over the past 240 years has created an environment where vision and enthusiasm can be channeled into productive policy. That, I believe, we can look forward to.

The astonishing irony came in watching the pieces come together last night. The sobering reality that Trump was by no means the hero that conservatives wanted but he may have been the only person who could prevail. We all knew that at some point we would be presented with the opportunity to vote for Hillary Clinton for President but as this election unfolded, it became clear that Donald Trump was the only opponent she could be confident in her ability to beat. The voter turnout, the grassroots excitement, and the hunger for change led to a democratic circumstance that the embedded political establishment could not control.

Regardless of where you stand ideologically, this is election is a victory. You live in a country designed to make this possible and for those of us who have prayed for it for years, we were starting to believe it wasn’t. Trump didn’t just win where he was supposed to. To my astonishment he won where he shouldn’t have. The America that has had policy forced down its throat for years and had its foreign stance reduced to pragmatic consumerist fear can now breathe in the possibility of relief.

Donald Trump is no savior. I am proud to say my eternal hope comes in Christ alone but this election has offered hope in what life in America may look like a few years from now. Perhaps Roe v. Wade won’t be reversed, perhaps tax policies won’t be made more fair, perhaps a nation founded under God may never own that idea again. Regardless, I am proud to be a Christian American and proud of our country that decided change was possible yesterday.